Coronel’s investigative work in the Philippines has brought accountability to authoritarian regimes.

Sheila Coronel, director of the Toni Stabile Center for Investigative Journalism at the Columbia University Graduate School of Journalism, will be the featured speaker at Kenyon’s 194th Commencement on Saturday, May 21, 2022. 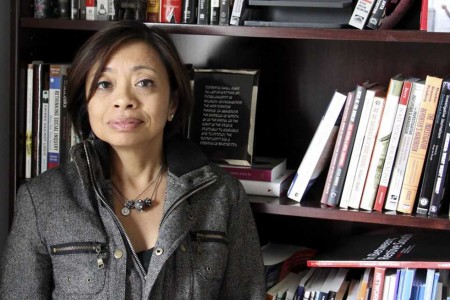 A native of the Philippines, Coronel began her journalistic career in the waning years of the Ferdinand Marcos regime in the 1980s. She helped found the Philippine Center for Investigative Journalism, becoming its inaugural executive director in 1989. In 2001, the Center’s work exposing the corruption of President Joseph Estrada led to impeachment proceedings and a popular movement to oust Estrada. More recently, her work has investigated current president Rodrigo Duterte and the high human cost of his war on drugs.

Kenyon President Sean Decatur extended the invitation from the College to deliver the address. The College will award Coronel an honorary doctorate in recognition of her contributions to journalism, and Professor of Political Science David Rowe, who directs Kenyon’s Center for the Study of American Democracy, will read a citation honoring Coronel’s decades of work.

“I’m excited to welcome Sheila Coronel to Kenyon to share her wisdom with the Class of 2022,” Decatur said. “These seniors are graduating in the midst of ongoing turbulence around the world, and Coronel’s extensive experience investigating authoritarian regimes and human rights abuses is incredibly relevant today. Kenyon strives to be an institution that takes a stand for freedom and democracy around the globe, and Coronel’s words will surely inspire us in that work.”

Coronel joined the faculty at Columbia in 2006. In addition to serving as the inaugural director of the Stabile Center, she has served as the journalism school’s academic dean. She has also been involved with organizations including the Committee to Protect Journalists, the Columbia Journalism Review, the Media Development Investment Fund and ProPublica. She has authored or edited more than a dozen books, and won multiple awards for her journalism. In 2011 she won one of Columbia’s highest honors, the presidential teaching award.

“I very much look forward to welcoming Sheila Coronel to Gambier,” said Senior Class President Grant Holt, a history major from San Gabriel, California, who will introduce Coronel at Commencement. “Her work as an investigative journalist continues to speak truth to power at a time when the importance of free, independent reporting has never been more apparent.”

“Sheila Coronel is the matriarch of investigative journalism in Asia and one of our greatest teachers in the ways of speaking truth to power,” said Matthew Winkler ’77 H’00 P’13, a member of Kenyon’s Board of Trustees and the co-founder and editor-in-chief emeritus of Bloomberg News. “Her selection as Commencement speaker couldn’t be more timely and inspirational.’’