Ambassadors, artists and activists were just a few of the Kenyon people making headlines across the country and around the world in 2022. 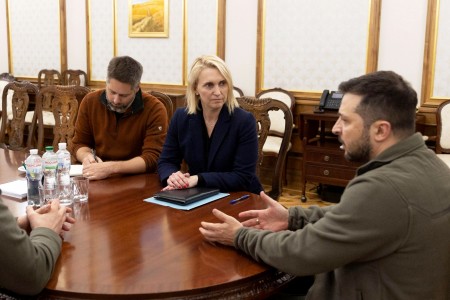 Being appointed as a U.S. ambassador is an impressive achievement for any foreign service officer — let alone serving as ambassador to two nations, and taking on a critical posting in the middle of the largest European conflict since World War II. But that’s exactly what Bridget Brink did when President Biden announced in April 2022 that he was nominating Brink (then serving in Slovakia, where she had been ambassador since 2019) to become the United States’ top official in Ukraine. The announcement was reported in major outlets including the New York Times, Washington Post and NPR, and after a fast-tracked nomination and unanimous confirmation by the Senate, Brink arrived in Kyiv at the end of May, quickly getting to work with Ukrainian leaders including President Volodymyr Zelenskyy. Since then, frequent updates to Brink’s Twitter account have chronicled her work shaping the foreign policy at the heart of the biggest news story of the year. Also featured on Kenyon’s list of 2019 Newsmakers, Will Arbery earns a repeat mention following profiles in Texas Monthly and the New York Times Magazine that compared him to Anton Chekhov and called him “one of the theater’s greatest listeners, able to hear and reproduce the subtle and deeply specific ways individuals reveal themselves and their relationships to others with language.” A finalist for the 2020 Pulitzer Prize in Drama and now a writer for HBO’s hit series “Succession,” Arbery frequently collaborates with his classmate Rachel Sachnoff ’11, whose friendship inspired Arbery to pursue playwriting: “He had known Sachnoff was a great actress well before this moment, one the world needed to see. … He simply had to write successful plays she could star in. His belief in her gave rise to his own steadying belief.” The partnership is on full display in Arbery’s newest critically acclaimed play, “Evanston Salt Costs Climbing,” which features Sachnoff and runs through Dec. 18 in New York. 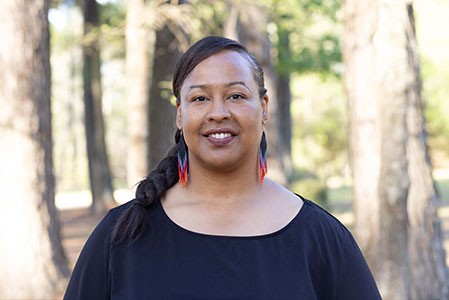 Climate activist and disaster recovery lawyer Colette Pichon Battle has been fighting to protect vulnerable communities from suffering the worst effects of climate change since 2005, when Hurricane Katrina devastated her family home and community in Bayou Liberty, Louisiana. She currently serves as the Partner of Vision and Initiatives at Taproot Earth, a global climate justice organization. A featured speaker at Re:Wired Green 2022, Battle “knows her home will be lost to rising seas no matter what she does. [Her] goal is to try to save the parts of the world that can still be protected.” Battle described her calling to On Being podcast host Krista Tippett: “Your job becomes less about passing a piece of legislation and more about making a better world.” 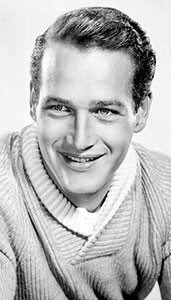 “The history of movies without Paul Newman? It’s unthinkable. His presence, his beauty, his physical eloquence, the emotional complexity he could conjure up and transmit through his acting in so many movies — where would we be without him?” Martin Scorsese said after Newman’s death in 2008. So mythic was the legend of a kid from Shaker Heights who first discovered acting (and entrepreneurship, with a campus laundry service) at Kenyon before ascending a Hollywood career spanning six decades and countless roles both in front of and behind the camera that he continues to captivate our collective imagination even today. This year, a new documentary “The Last Movie Stars” (HBO Max) and best-selling posthumous autobiography “The Extraordinary Life of an Ordinary Man: A Memoir” (Knopf) brought Newman’s complexity as an artist and man into renewed focus befitting our idolatry. Through it all — troubled childhood, absent fatherhood and struggle with alcoholism — Newman’s greatest gift was allowing himself to be exposed for the mere mortal he was. 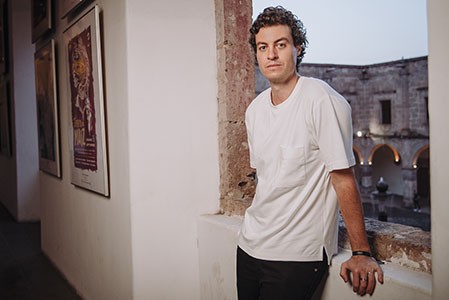 Some people spend too much time on their phones. Miguel Flatow launched a career on his, according to The Hollywood Reporter. He wrote, directed, produced and edited his feature debut “Va Por Diego” (For Diego), with a budget of $70,000 and a cast of mostly amateur actors, using an iPhone. With mentorship from director Adam McKay, the indie was the 2022 Grand Winner for best mobile film feature at the Cannes Film Festival. Flatow capped the year by being included on the best kind of “black list” — Hollywood’s annual industry survey of the best unproduced screenplays — for his script “Viva Mexico,” in which a washed-up superhero gets betrayed by the Mexican government, then must lead a populist social movement to fight the narcos, topple the government, and free the people. Sounds like he’s going to need a bigger camera. 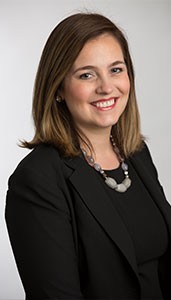 In May, Jen Judson was inaugurated as the 115th president of the National Press Club, the “world’s leading professional organization for journalists.” She was sworn in by Army Secretary Christine Wormuth at the black-tie event in Washington, DC, and congratulated in a video by Kenyon alumni and the lacrosse team as well as then-Provost Jeff Bowman and President Sean Decatur. Judson pledged to use her one-year term to work to restore public trust in the media and advocate for press freedom around the world. As a land warfare reporter for Defense News, she covers everything from government contracts for tanks and helicopters to supplying Ukraine with arms. In a recent Kenyon Alumni Magazine article, she discussed the challenges of covering conflict remotely, including weeding through propaganda and misinformation. In August, more than 800 students and alumni of the Harvard-Westlake School in Los Angeles gathered to celebrate the life and career of Ted Walch, a highly influential and beloved drama teacher there. Among the guests were household names — actors Allison Janney ’82 and Ben Platt, journalist Jacob Soboroff, and others — celebrating Walch as an indispensable guide as they developed their craft. Less than three weeks later, Walch passed away, but his death was not a surprise. Suffering from incurable cancer, Walch had foregone treatment, and he shared his own final lessons on approaching the end of a life well lived. “I’ve often said about death, it’s the enemy we all have. It’s one thing that defines us,” noted Walch in a Today show interview marking the celebration of his life. “Why not live life the best you can so that when this thing that we all have comes our way, it’s not an enemy but in fact can actually be a friend?” Early this year, Cincinnati Public Radio’s WVXU and the Columbus Dispatch profiled the TikTok fame of Leeman Kessler. Kessler, who goes by @MayorLovecraft on the social media platform, has amassed over 150,000 followers, leading New York Magazine to dub him “the most famous TikTok city leader of all” in an article about Big Apple Mayor Eric Adams’ comparatively paltry following. His posts cover a variety of topics, from being the Mayor of Gambier, to board games, to his life with College Chaplain Rachel Kessler ’04 (who, as @NerdyPriest, has 48,000 followers of her own). Especially popular are a series of “Always Has Been” videos documenting the eldritch lore of life in Ohio. 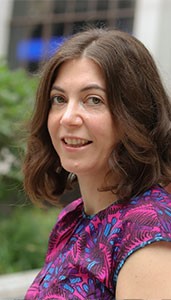 In a year that’s seen heated discussion of the potentially significant effects of long COVID-19, Emily Blum, the executive director of Chicago non-profit Disability Lead, has emerged as a leading advocate. She was named one of 10 Leaders for a New Chicago by the Field and MacArthur foundations, and penned an op-ed for the Chicago Sun-Times titled “The hard work of being disabled is even harder because of COVID-19.” In October, she spoke to The Hill newspaper about perceptions of Senator-elect John Fetterman’s performance in a Pennsylvania debate after Fetterman used assistive technology while recovering from a stroke. “I think that most of us … conjure up an image of what it is to be disabled and oftentimes that is some sort of physical mobility disability,” she said. “But the vast majority of disabilities are, in fact, invisible. … Things that aren’t visible to the eye are what is the face of disability currently.” 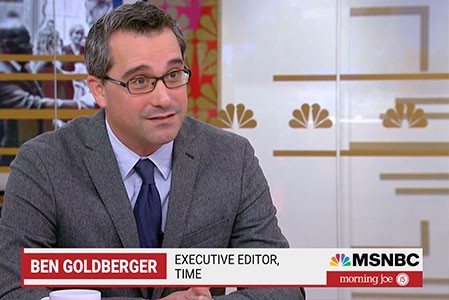 While Ambassador Bridget Brink ’91 may work with TIME’s 2022 Person of the Year, Ukrainian President Volodymyr Zelenskyy, it’s another Kenyon graduate who led the selection of Zelenskyy for the magazine’s iconic cover. Earlier this month, Executive Editor Ben Goldberger appeared on Morning Joe to discuss the magazine’s shortlist of candidates to be named this year’s most prominent individual, reminding MSNBC’s hosts of the oft-forgotten fact that the designation “is meant to be a recognition of influence” and not a positive or negative value judgment. Goldberger is just one of the many Kenyon alumni journalists working everyday to literally make the news, staying mostly behind the scenes to tell the biggest stories of our time.