Ohio reminds me time and time again to get outside and look up every once in a while.

During my freshman fall in Gambier, I was enamored by the wonderful range of reds, oranges, and yellows of Ohio’s autumn foliage. We all know that campus looks great in the daytime, but what about after dark?

Before coming to Kenyon, I rarely walked outside after the sun went down. But since Gambier is a walking campus, walking in the dark is often a necessity. On a chilly walk back to my dorm room after dinner one night in October, I had my first encounter with the magic of rural night skies. The sky was clear, and I could see more stars than ever before.

From that night on, I started to notice more often how beautiful my surroundings really are. Ohio reminds me time and time again to get outside and look up every once in a while. During my senior year, on a similarly clear night in late October, I revisited my interest in Ohio’s astral beauty.

Juggling coursework with classes, sports, clubs, and everything else can be intimidating. It’s easy to feel lost and overwhelmed. Just after midnight, some of my cross-county teammates were working on their physics labs in the Science Quad.

I sent them a message saying that they’d earned a little break and should come join me outside under the stars. Think of it as some applied physics, I said. Sitting in the Quad’s Adirondack chairs, they shared what they were working on, I shared my photos, and we all shared a great moment.

As a Chinese major, I’ve spent my fair share of late nights in Ascension Hall. I’ve always enjoyed walking back north on Middle Path after finishing my night’s work. Looking up at the stars, I’ve felt an almost spiritual awe — some comforting, peaceful feeling that makes me forget all my impending work and future worries. 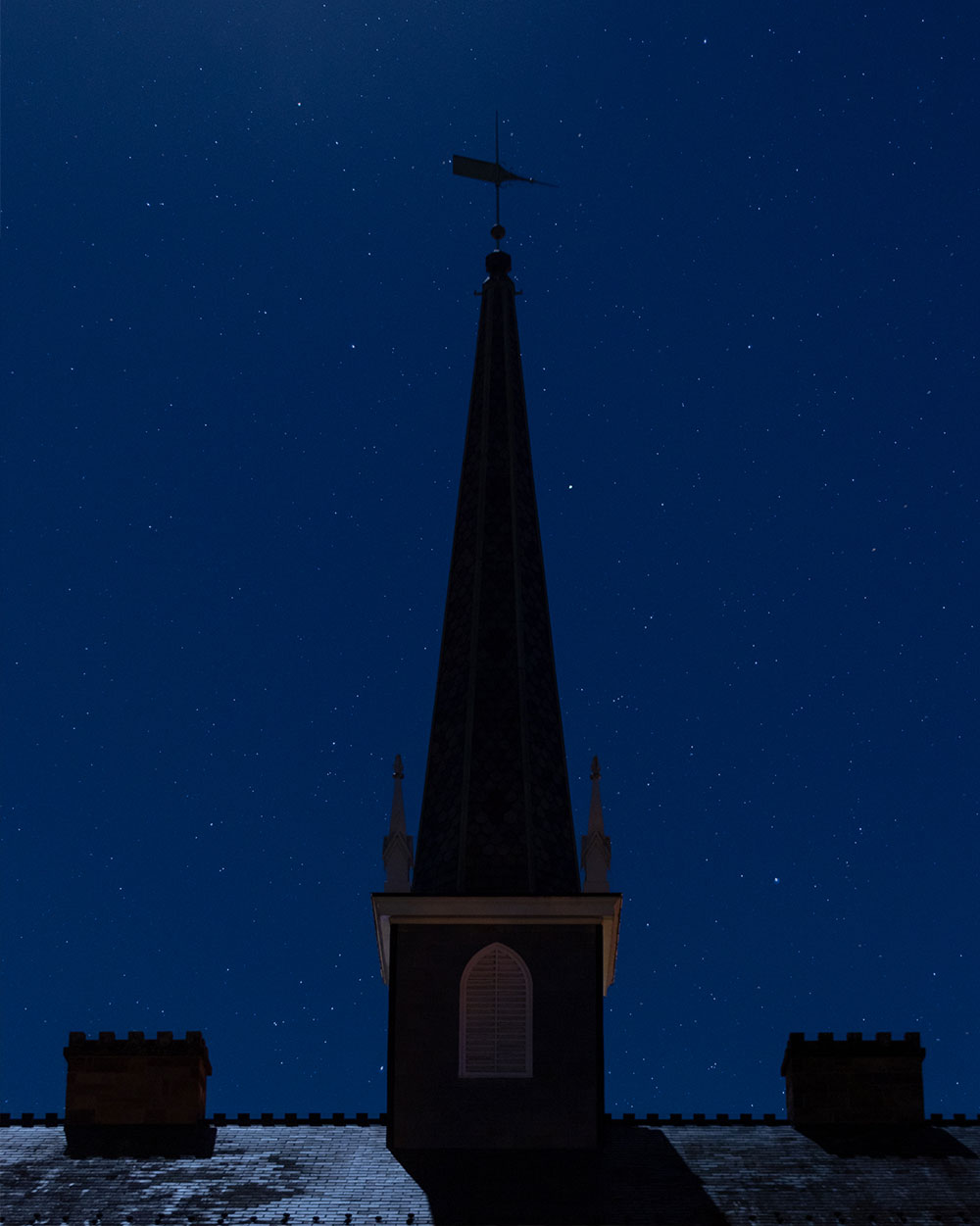 The Old K spire illuminated by the full moon. 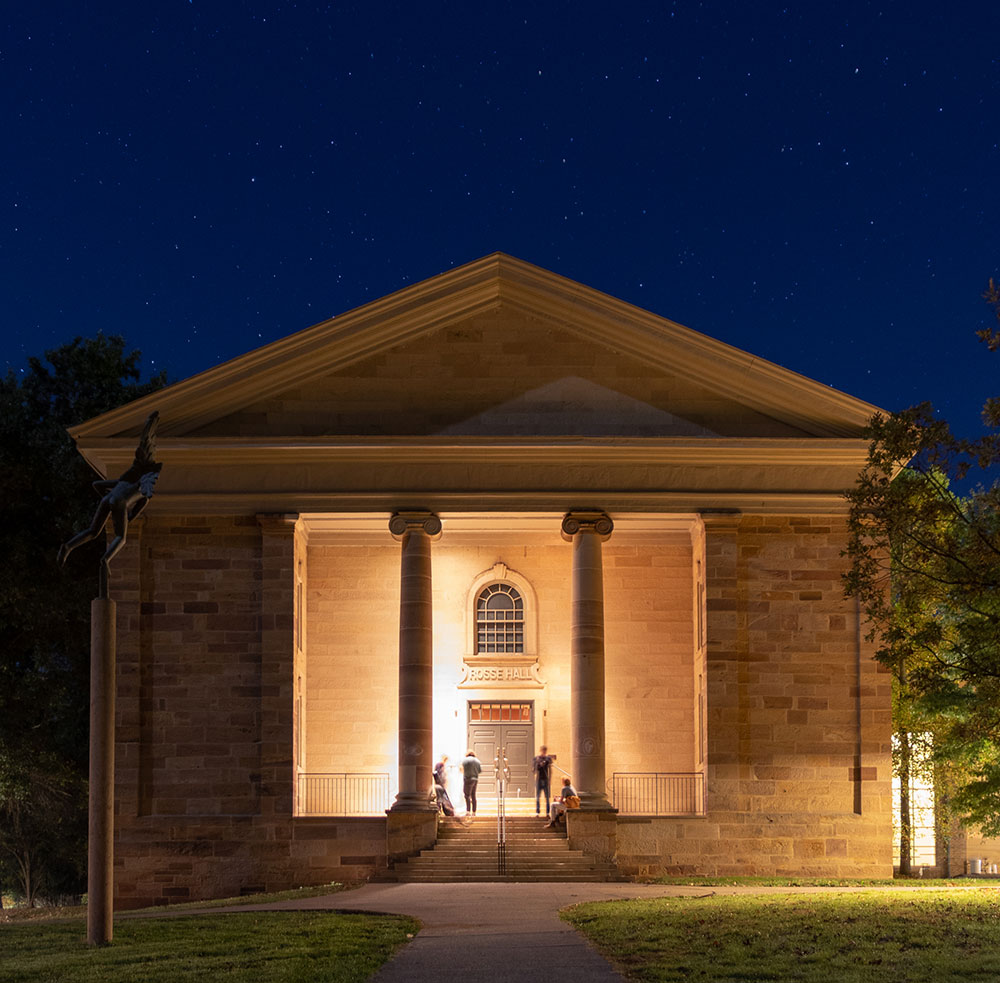 The constellation Orion above a North Campus Apartment. 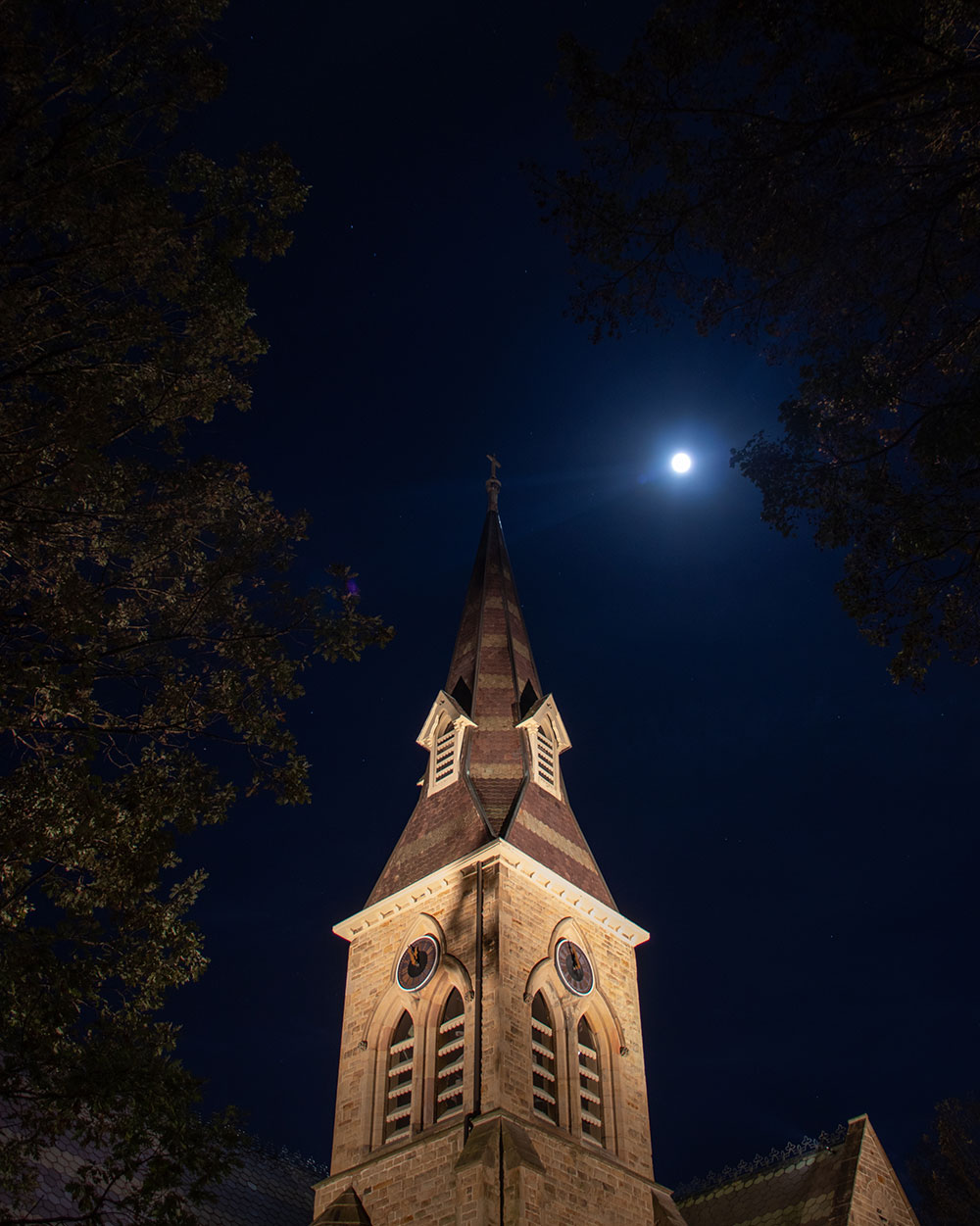 The full moon above the Church of the Holy Spirit.