How Leopoldo López ’93 Inspired Me

I was one block away when I heard gunshots. Everyone began running chaotically. Running as fast as I could, I jumped with my friends from a one-story height into the metro station, escaping from the havoc even as explosions echoed behind us. I had seen Leopoldo López half an hour before, holding a megaphone while attempting to convince our fellow protesters to leave the prosecutor’s office. There are no words to describe what happened next.

The sound of motorcycles and shouts overwhelmingly flooded the streets as intelligence agency officers in camo shot towards us. Getting home and seeing a report on Twitter — more like a memorial — of the situation, I discovered that the shots we were running from had killed a college student, Bassil Dacosta.

The dictatorship responded rapidly and blamed Leopoldo for the deaths. Arson, terrorism, murder, delinquent association and public intimidation were the charges. He had called for a peaceful protest and was now being framed with the murder committed by the state’s security apparatus.

He decided to turn himself in, trusting in the judicial system. February 18 would be the day of his arrest. We were all wearing white and saw him climbing up the José Martí statue pronouncing a relevant speech for our contemporary history. “If my imprisonment helps the awakening of the people and for Venezuela to wake up definitely, it will be worthwhile,” he said.

A helicopter hovered over his beloved Caracas, the city where he was running for mayor, and took him to the military prison Ramo Verde. We could not believe it. How had we allowed this to happen? That month, we thought the massive demonstrations would lead to a revolution. I began organizing a group of students to block the streets close to my high school. If the whole city stopped, the military would react or the government would feel pressured to resign. Days passed by and sound came back to the roads. Battlefields had turned back into streets that showed the scars of repression; a glimpse of liberty vanished.

But not everything was lost. The generation that rose up against the dictatorship had begun to participate in the political arena and was convinced that through elections we would change the country’s future. I understood our role to make change possible. I got involved in Leopoldo’s political party, Popular Will, began an internship at Baruta’s city council and developed a deep admiration for those who sacrificed their lives for Venezuela.

One day in the city council’s office, my search for Leopoldo’s profile led me to Kenyon’s website, but I never imagined that I would study here four years later, or even that I would ever go abroad. Since then, his situation has changed, and so has the country. Over two million people have left and the inflation rate is out of control. Now under house arrest, Leopoldo spends his time writing and thinking about the future Venezuela; the one we all dream of.

I talked to him about it a while ago. I could feel his nostalgia for his time here. Boxing, poetry, biking and his advisor were some of the memories he mentioned.

Today I walk on Middle Path, sensing the steps he left behind in ’93.

Leopoldo López ’93, a Venezuelan political leader, former mayor of Chacao, founder of the Venezuelan political party Voluntad Popular (Popular Will), former Venezuelan presidential candidate and prisoner of conscience, has had a considerable impact on modern Venezuelan history. His face paired with the word “freedom” covers the streets of Caracas, the capital.

He came to Kenyon in 1989 and quickly developed strong ties with his advisor, Sociology Professor George McCarthy, whom he described as “his favorite teacher” in a Kenyon promotional video recorded during his time on the Hill. He also pointed out the support given by his classmates and the school to his initiatives and projects: “If you are interested in something, the school helps you out, and the students are really psyched about things.” 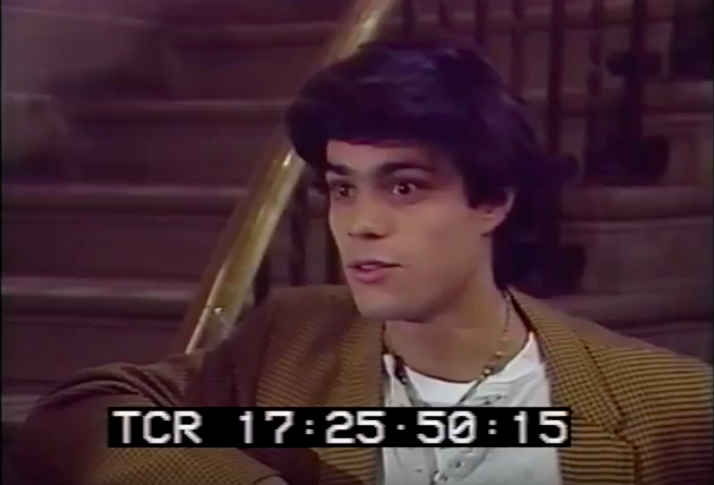 In Gambier, he started an environmental group called ASHES (Active Students Helping the Earth Survive) that promoted a “change in political and environmental affairs, both locally and globally.” His activism dates back to his time on Middle Path. According to an article published by The Collegian Magazine, in 1990 “he and a group of friends pulled the fire alarms of several Kenyon residence halls to protest America’s invasion of Kuwait in the first Gulf War.”

Leopoldo’s involvement and leadership shaped my generation. This personal story is my testimony of how the dictatorship changed our lives during 2014: a year that made Venezuelans witnesses of the transition of a democracy to an authoritarian regime.

The Fight to Free Leo: When Venezuelan opposition leader Leopoldo López '93 H'07 was imprisoned, a group of media-savvy Kenyon alumni sprang into action. 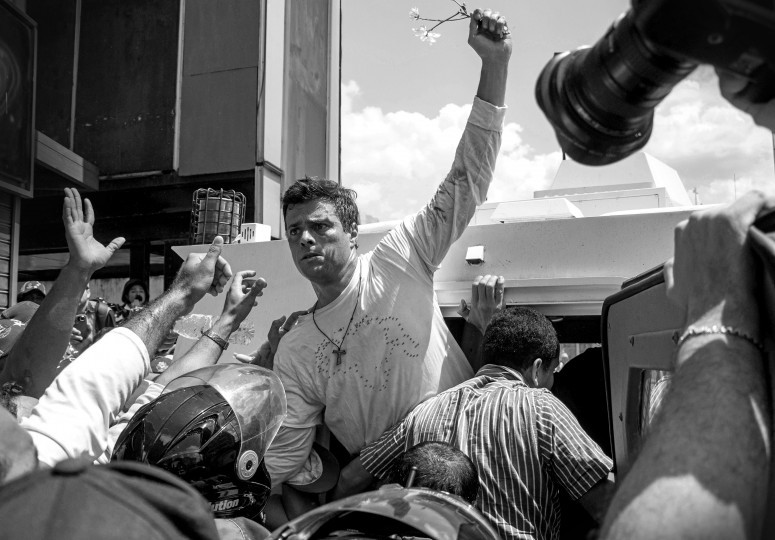