Fear Will Not Silence Us

As long as there are voices speaking out — inspiring others to join — we have hope.

At this time of year, when the days in Gambier are growing imperceptibly longer and the pace of a new semester is picking up steam, I can’t help but be energized by the forward motion around me. But as 2022 barrels forward, I find myself at an emotional stand still, troubled by the darkness that has punctured the light of this new year.

Already this year there have been too many acts of violence directed against those vulnerable and marginalized, often in places that are intended to be refuges. In January, we saw the attack on a synagogue in Colleyville, Texas (an echo of the 2018 attack on the Tree of Life synagogue in Pittsburgh, and the 2017 shooting at a mosque in Quebec City, and the 2015 attack on the Emanuel African Methodist Episcopal Church in Charleston). Over the past month, we have heard reports of bomb threats against historically Black colleges and universities, just as over the past two years we have witnessed a persistent increase in anti-Asian hate crimes throughout our nation.

Amidst the continuing global chaos and death toll of the pandemic, threats of war in Ukraine, the mounting evidence of the impact of climate change on our lives, and oppressive actions on display in the direct shadow of the Winter Olympics, humanity does appear to be at a rare existential moment. One could be forgiven for calling our prospects for survival, as individuals and as a species, into question.

When our survival is threatened, the natural response is fear. Fear typically elicits a physical reaction, and while the fight/flight/freeze responses may have assisted in the survival of prehistoric humans, prolonged experiences of fear in our modern world result in physical changes that actually undermine our health and survival. 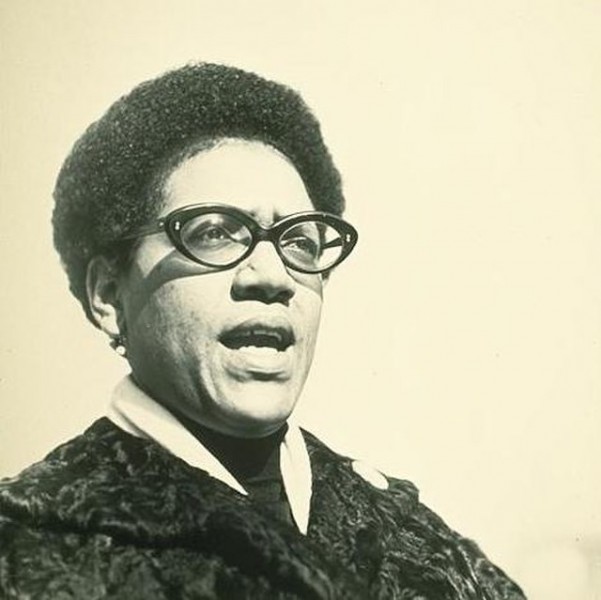 The great poet and essayist Audre Lorde presents us with an alternative. In her poem “A Litany for Survival,” Lorde asks us to ruminate on the concept that perhaps we were never meant to survive, yet survive we have. Lorde concludes with the verses:

So it is better to speak
remembering
we were never meant to survive.

Fear silences us; but silence does not make us unafraid. “So it is better to speak.”

We can find inspiration to speak from those around us who are willing to defy silencing forces. And at Kenyon we don’t have to look very far. Earlier this month Rhea Debussy, associate director of diversity, equity and inclusion, took a public stand on behalf of transgender athletes, protesting new policies of the NCAA that threaten to restrict the rights of trans athletes to compete. The backlash that Rhea has experienced has been real and personal; not only do those of us at Kenyon support Rhea’s stance, and her right to speak, we take inspiration from someone who recognizes that it is better to speak than remain silent.

As long as there are voices speaking out — inspiring others to join — we have hope. And that sense of optimism is what will compel us to act, not out of fear but faith that light can penetrate the dark, even on the coldest February day.