Origin of the Name

The Crozier Center for Women is named for Doris Crozier, the first and only dean of Kenyon’s Coordinate College for Women from 1969-1972.

Kenyon became coeducational in September 1969, when 160 women arrived on campus. Reception to the presence of women was mixed, and the first women on the Hill were admitted to the Coordinate College for Women, not Kenyon itself, and they were not allowed to sign the Matriculation Book. Residences were not ready for them, and some College buildings lacked restrooms for women. Kenyon’s first tenured female professor also arrived on the Hill at the same time as the first full class of women.

As such, the Crozier Center for Women was designed to be used by all women in the Kenyon community — students and members of the administration, faculty, staff and broader community. To learn more about the beginning of coeducation at Kenyon, check out this recent article from the Kenyon Alumni Magazine.

Image information: Doris Crozier, who gave her name to the Crozier Center for Women, was dean of Kenyon’s Coordinate College for Women from 1969-1972. 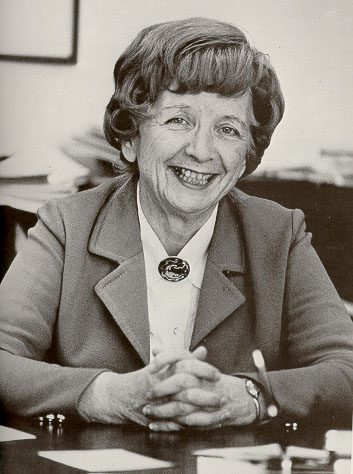